A winning success story and the ride to recovery. 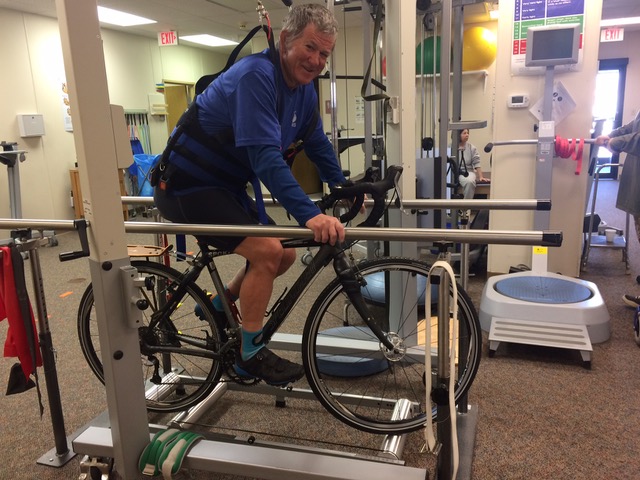 Wesley’s story is amazing, not only did ride 12,606.3km last year on his ICE VTX trike, which made him the winner in our total distance ICE Strava Club challenge, he did this after unfortunately suffering a stroke in February 2014.

He and his wife were in Taipei Taiwan for Wes's wife’s sabbatical from teaching at NM Tech, he had recently retired from the National Radio Astronomy Observatory when he had a stroke. After two brain surgeries and spending the remainder of her sabbatical in a Taiwanese hospital. He failed his driving exam in November 2014 (passing the second examination in April 2016). He initially rode a another brand of trike, which he used in 2015 and 2016 putting about 9000 miles on it. Late in 2016 he acquired an ICE VTX. He set personal goals of 6000 miles which he exceeded by over 1800 miles!

The real beauty of a recumbent trike is that it gives a real opportunity to continue cycling and improve your health and mobility, especially if riding a regular bike is not possible.

Wesley kindly sent us his story and some great photos from 2107. It's with a lot of hard work he has gone from wheelchair, to walker, to cane, to walking unaided. He says, “I still have some wobbly moments but that’s to be expected. I won’t ride a upright again, it’s just to dangerous for me but the VTX gives me a lot a freedom at 12mph.”

This is Wesley about three years after his stoke, trying to master rollers in physical therapy, achieving thirty to forty seconds without banging into the parallel bars, short of his two minute goal. Here are some photo’s Wesley kindly sent to us.

Thank you for your inspiring story Wesley and good luck on your continued ride to recovery.

2 Wesley and his VTX at Independence Pass in June

3 On to September at the VLA

4 Wesley riding from the VLA to Socorro