Trike riders and cyclists love to embark on cycling adventures of different kinds, from days out to new places to weeks long tours on the other side of the world! Cindy from Virginia in the USA is one of the second group. She wrote to us and said she was planning to ride from Land’s End here in the far South West of the UK to John O’ Groats at the very top of Scotland in August, cycling the world famous LEJOG cycle route of around a 1000 miles, and would we help to assemble and check over her ICE trike before she set off as her trike had to be taken apart to be shipped to the UK.

So we thought this sounds great and we would love to help. Chris and Andy gave Cindys trike a good check-over before the gang were due to set off. Tires were changed, gears were set up, brakes adjusted, a new seat was fitted and also a second battery was fitted to give Cindy a longer daily cycling range as she had heard about the Cornish hills and elevation on UK roads, which is very different to the elevation that she had been used to in the USA.

Cindy and plans to ride with her four cycling friends on the quieter more scenic and usually steeper roads out of Cornwall and onwards, through Devon and Somerset towards Wales then the midlands and later on to beautiful Scotland. This has the added benefit of being able to enjoy more of the countryside and they'll be sure to meet some interesting people along the way.

Cindy says ‘If I can do it, anyone can’. The team here at ICE loved helping Cindy set off on her epic UK trike ride and we wish her good luck with the rest of the journey. You can follow the gangs progress on Anne’s Biking blog.

Cindy Explains, a little about herself. In 2007 I had a spinal cord injury as a result of a bike accident. During a re-evaluation visit at Craig Hospital, I met with a recreation therapist who asked what I could do before the accident that I couldn’t do now.  I told him I really missed biking and golf.

He responded, “I can’t help you with golf but I can help you bike.” He took me to the basement where there were numerous trikes. We scheduled a test ride for the next morning. That night it snowed, but we took off anyway and biked glorious 20 miles.

I bought my first ICE trike that day in 2009. I started riding with a wonderful group and reconnected with an “old” friend. She suggested riding in every state in the United States, so our adventures began. One year we did six-week-long rides - Georgia, Ohio, Iowa, Wisconsin, Tennessee and Indiana.

In 2014 I biked across the entire United States from San Diego in California to St Augustine in Florida with an Adventure Cycling group, over 2,300 miles. Four friends from that trip are now joining me on our LEJOG ride to John O’ Groats.

I have only visited the United Kingdom for 2 very short visits and I can’t wait to see the countryside, meet new people and enjoy the pubs and restaurants. Bike or trike touring is the absolute best way to see and experience places - I can’t wait! https://annedoylebiking.com 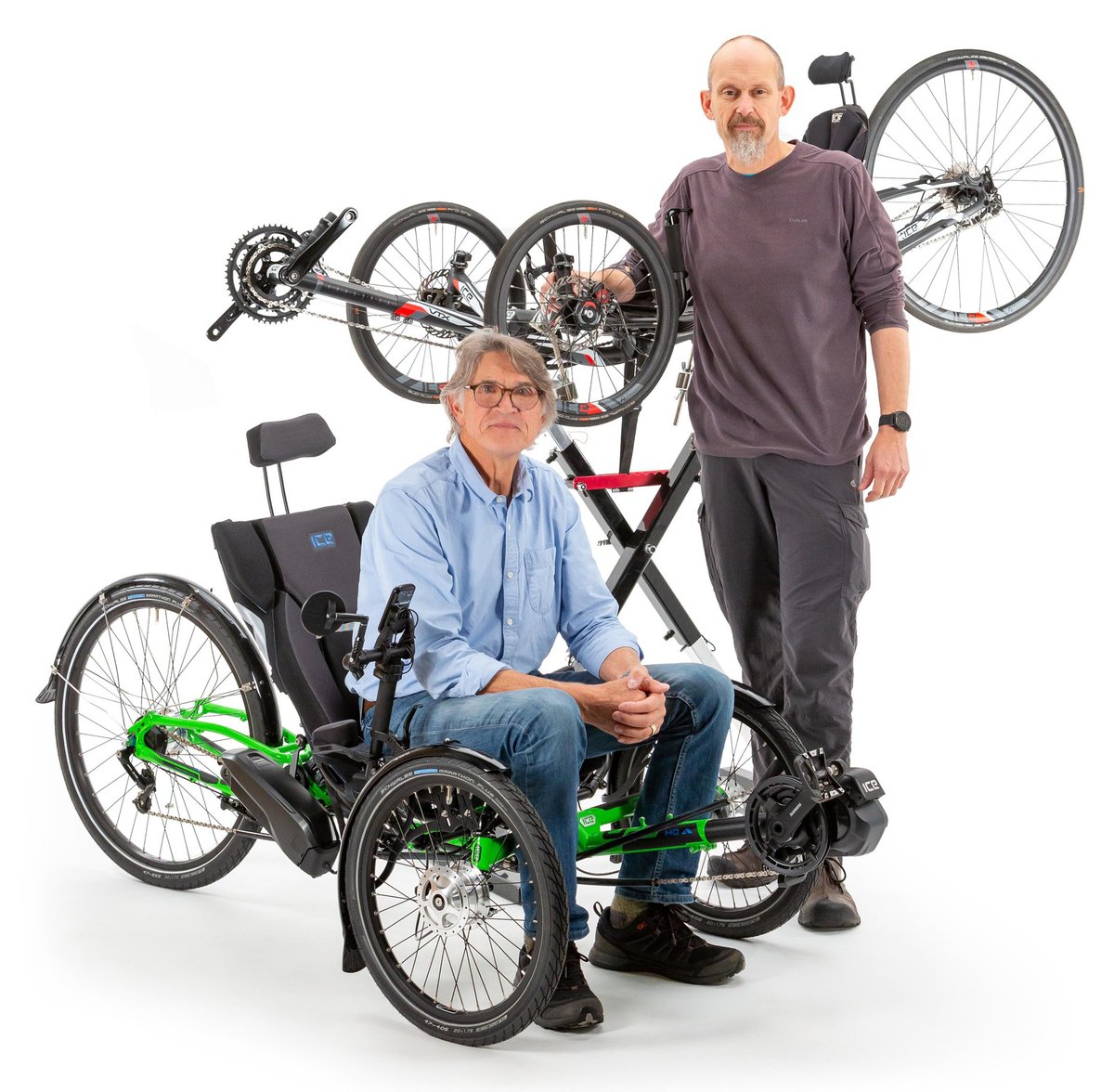 ICE Trikes, world leaders in the manufacture of recumbent trikes, is investing by restructuring and securing the talent of its staff by becoming employee-owned. Innovation, quality & customer service are what the market expects from ICE Trikes, more: icetrikes.co/blog/employee